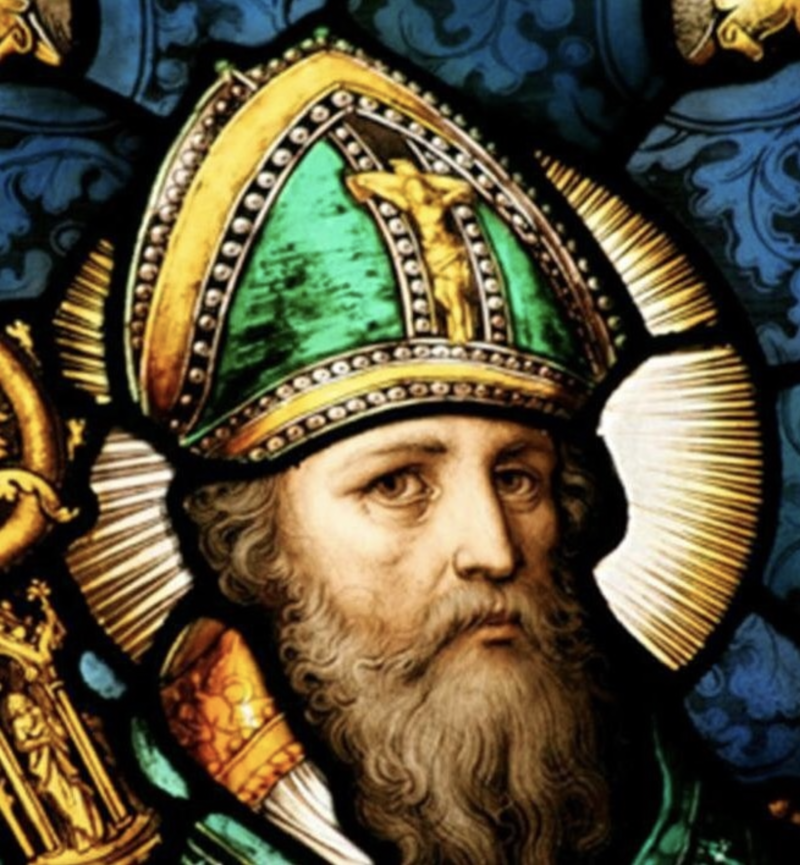 Patrick was born in Britain in the fourth century (approximately 387 A.D.), a time of great uncertainty for the Roman Empire. The Roman legions that had once protected civilized Britain from barbaric invaders had been called away to defend other regions of the Roman Empire, leaving Britain vulnerable to attack.

Just before Patrick turned 16 years old, he and his family were spending time at their holiday villa by the sea when they were attacked by Irish pirates. The captives were taken to Ireland, where Patrick was sold as a slave to Miliuc of Slemich, a Druid tribal chieftain.

Patrick was forced to work as a herdsman. Though raised in a Christian home (his father, Calpornius, was a civil magistrate and tax collector as well as a church deacon), Patrick didn’t come to faith in Christ until he was kidnapped and made a slave.  Patrick’s devotion to God did not go unnoticed, and he soon earned the nickname “Holy Boy” among his fellow slaves.

One night Patrick had a dream in which he heard a voice telling him, “Soon you will be returning to your own country.”  In another dream, he received the instructions, “Come and see where your ship is waiting for you.”

At age 22 (and after 6 years of slavery), Patrick escaped and traveled 200 miles to the coast of Ireland.  When Patrick approached one of the men on the ship and asked to board, the seaman scowled at him. As Patrick started to leave, the man called back to him, saying the other passengers wanted him on board.  The journey by boat was long, including a stop where they journeyed on land for 28 days. After running out of food, the captain turned to Patrick and challenged him to ask his God for more. According to Patrick’s autobiography, when the men turned around, a herd of pigs was standing before them. They feasted for days and gave thanks to God.

Two years later, Patrick finally made it to his beloved Britain and family. Patrick began to settle back into his life in Britain and studied to become a priest and a bishop. But one night Patrick had a dream of a man who seemed to come from Ireland and was carrying a letter with the words “The Voice of the Irish.” As Patrick began to read the words, he seemed to hear the voice of the same men he worked with as if they were shouting, “Holy boy, we beg you, come back and walk once more among us.”

What is interesting about this dream calling Patrick to his lifelong mission to the Irish is that it comes not as a directive from God, but as a plea from the Irish. Patrick feels humbled and honored that God has selected him to bring the gospel to the Irish.

But church leaders and Patrick’s parents fiercely opposed his plans to return to Ireland. They did not think the Druids were worth saving. His family shuddered at the thought of him returning to barbaric Ireland with the gospel, as the Druids were known to weave criminals and runaway slaves into giant wicker baskets and suspend them over a fire.

While in Ireland, Patrick shared the gospel with his former slave owner, Miliuc the Druid. But instead of turning his back on his pagan gods, Miliuc locked himself in his house and set it on fire while Patrick stood outside and pleaded with him to turn to Christ. It is said that Miliuc drowned out Patrick’s pleas by crying out to his false gods.

Miliuc’s refusal to hear the gospel was just the beginning of Patrick’s challenges with the Druids as he spread the Good News across Ireland and taught its people how to read and write.  Patrick continued his journey across Ireland sharing Christ until his death on March 17, around the year A.D. 461.  Patrick’s favorite Bible verse was Philippians 1:21,“For to me, to live is Christ and to die is gain.”

For more on St. Patrick, check out Patrick's brief autobiography, The Confession of St. Patrick.